We all know Marshall Bruce Mathers III better as rapper Eminem or his alter ego Slim Shady. After years of struggling in the underground, producer Dr. Dre heard his demos. Impressed, he produced a number of songs for Eminem. The white rapper with his often angry raps, which he fires at machine gun speed, immediately became a world star. What are the ten best tracks of this fast paced tongue?

“Without Me”, the first single from The Eminem Show (2002), left no doubt that Eminem had become one of the biggest stars in hip hop. A stirring saxophone sample puts Eminem in the right gear, taking on all kinds of people, such as his wife, his mother, the American vice-president Cheney, Moby and Limp Bizkit. The comic-like video clip made Without Me a global hit.

“Guilty Conscious”, the third single from The Slim Shady LP (1999), is a smart duet between Eminem and his producer Dr Dre. Classically, Dr. Dre plays an angel and Eminem a devil who tries to influence the behavior of a person in different situations. Eminem always encourages people to use violence while Dre comes up with arguments to resolve situations in a peaceful way. The best moment is when Eminem attacks Dre and even convinces him that violence must be used.

Eminem loves fantasy but at the same time he shows on The Marshall Mathers LP about being able to get away with reality. “Drug Ballad” is a quiet song for him with beautiful soul singing. The song is of course about Eminem’s own struggle with drugs that he says he has used since childhood. There is a wry conclusion where he raps that he looks after his grandchildren as a grandfather while his daughter Hailie goes out and gets drunk.

7. Sing for the Moment

Eminem is very interested in criticism from the start of his career. Many of his songs are therefore answers to critics such as journalists, concerned parents and politicians. “Sing for the Moment” is one of the better songs in this style. Of course it helps that the amazing “Dreams” of Aerosmith is used as the basis. Yet Eminem does not complain all the time and ends with a message to his fans about the positive power of hip hop.

With his breakthrough, Eminem managed to kick a lot of people against the shins. Controversy sells, the rapper must have concluded. With the closing song on The Marshall Matters LP, Eminem decides to answer his critics by going a little further. Everyone gets along like his mother of course (“My mother did drugs, tar, liquor, cigarettes and speed. The baby came out, disfigured ligaments indeed”.) Furthermore, he shoots his mentor Dr. Dre and he robs another bank in between .

In 2013, Eminem released a second part of his legendary The Marshall Mathers LP. In “Rap God” he looks back on a number of conflicts from his career while he fantasizes that he is turning into a rap deity. “Rap God” is mainly characterized by the accelerations in a number of raps. As a result, Eminem could be credited in the Guinness World Records with the hit single that contains the largest number of words, namely 1551.

The second single from The Marshall Mathers LP is one of Eminem’s most characteristic tracks. “The Way I Am” has almost no chorus and revolves around long pieces in which Eminem raps in a grim manner on the shadow side of success. People who regard him for Justin Timberlake, record bosses who want more hits, family troubles, fans who chase him, media who blame him for violence, are subjects that will return more often but the anger seems to be the most genuine here.

Eminem is also an actor, for example in the semi-autobiographical 8 Mile (2002) for which he naturally provided the soundtrack. In a sense, “Lose Yourself” is a sort of summary of the film in which Eminem raps about the problems that his character has to overcome. Violins and piano give the song a very recognizable tension that is exploited by Eminem in the bombastic chorus. The song became a big hit and “Lose Yourself” would be the first hip-hop song to win an Oscar for the best song.

With this song produced by Dr. Dre, Eminem became the new face of hip hop. With an infectious rhythm and simple chorus that you will never forget, it became a big hit. In retrospect, “My Name Is” is also one of his most cheerful songs, making it a special place in his oeuvre. Eminem’s mother sued him for the text in which he suggests that she uses drugs. This conflict would be a source of inspiration for many of his later songs.

With Stan, the third single from The Marshall Mathers LP, Eminem refined one of his favorite subjects: the obsessive fan. The number is made up of a number of letters from Stan to his idol Eminem. He gets angry with every letter because Eminem doesn’t answer him immediately. The last letter comes with a tape in which Stan says that he has kidnapped his pregnant girlfriend and threatens to ride off a bridge. It is only in the fourth verse that Eminem finds the time to send an answer while he realizes that the accident on the news might have been caused by Stan. The song became a worldwide hit thanks to the catchy excerpt of Dido’s “Thank You” that plays a central role in the chorus. Dido also plays Stan’s girlfriend in the video clip. Since then, Stan has become a popular nickname for obsessive fans and stalkers. 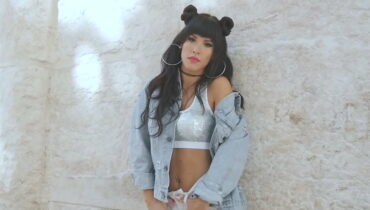 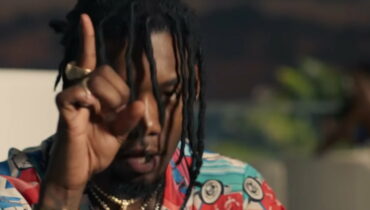 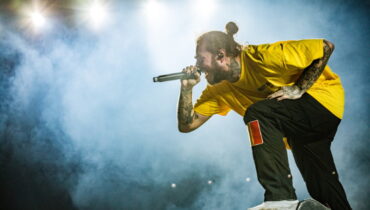