After Kurt Cobain committed suicide in 1994, Nirvana could not possibly survive. Drummer David Grohl soon formed a new band that he called Foo Fighters, a term often used in World War II for ufos. Grohl himself took care of the vocals and mainly played the guitar. Over the past twenty years, Foo Fighters has grown into an extremely popular live band that often plays as a headliner at major festivals. What are the ten best songs from Foo Fighters? 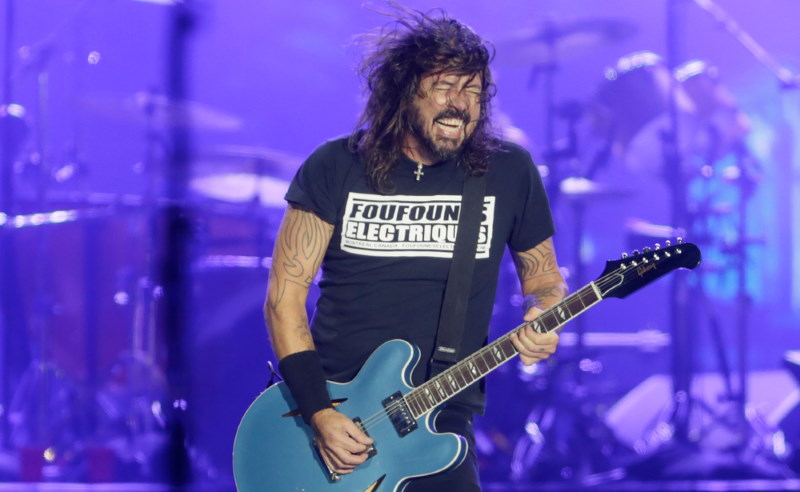 The seventh album Wasting Light from 2011 was all about a rough sound. Foo Fighters decided to record the record with only analog equipment in David Grohl’s garage. “White Limo” is Foo Fighters at their loudest, instead of a sing-along it is about speed and energy. To add to the point, Lemmy, lead singer of the legendary hard rock band Motörhead, plays a leading role in the video clip.

“All My Life” (2003) was actually intended as an instrumental track. With some effort Grohl added vocals and it became a great success, including a Grammy for Best Hard Rock Performance. You can also consider “All My Life” as an answer to the more radio-friendly guise of Foo Fighters. Despite the screams, Grohl can never really betray his sense of melody, so that “All My Life” is completely in balance.

With “Monkey Wrench” from the second album The Color and the Shape (1997) something like a unique Foo Fighters style really starts to emerge. The tempo is high, the riffs recognizable and the tone is, probably thanks to the help of Pixies producer Gil Norton, lighter than Nirvana. The latter is treacherous, because “Monkey Wrench” is about the end of the marriage between Grohl and Jennifer Youngblood.

Despite Nirvana’s fame, it wasn’t until the third album There Is Nothing To Lose (1999) that Foo Fighters scored an American hit. You can hear immediately that “Learn To Fly” is hit sensitive thanks to the catchy chorus. The video clip also went well. The band plays a number of roles during a flight with Grohl stealing the show as a gay purser.

“My Hero” is a true grunge classic. The song uses a lot of dynamic differences, gritty riffs and a dragging chorus. In terms of content, “My Hero” is almost like the theme song of Foo Fighters, as Grohl presents himself on stage as a kind of anti-hero with a band without pretensions. The singer states that the song is about everyday heroes instead of sports or music idols.

The second single from Wasting Light comes close to the perfect Foo Fighters song. It starts as a ballad but ends as an uptempo rock track where the group carefully increases the intensity. As is often the case with Foo Fighters, the lyrics seem to be about overcoming setbacks. “Walk” also had a striking video clip in which Grohl plays the same figure as Michael Douglas in the film Falling Down.

“Best of You” has been Foo Fighters’ most successful single to date (in America, it is the band’s only single to achieve platinum status). At first glance, “Best of You” does not seem very striking compared to the rest of the oeuvre. But from the first chorus, the group starts to repeat the title in a characteristic way like a slogan, which leads to a nice emotional effect. Really a song with which you can close a concert well as a band.

The first single from Echoes, Silence, Patience & Grace (2007) is a typical Foo Fighters rocker that starts as a classic rock ballad but quickly changes. Real Foo Fighters tricks present, such as a fall in tempo to immediately hit the ground again, the use of counter melodies and a lot of guitar layers. Even though Grohl is someone who prefers not to explain his lyrics, he has described The Pretender as a political song. This political unrest is reflected in the video clip where the band is threatened by riot police.

“I’ll Stick Around”, the two single from Foo Fighters, immediately put the band on the map in 1995. The style of the riff and chorus can unmistakably be traced back to Nirvana. Moreover, it is not difficult to hear an answer to the deceased Cobain in the text. This comes into its own best in the last minute when Grohl also discovers something like his own style and keeps repeating the melody in an emotional way. Sometimes a band’s first songs are simply the best.

“Everlong” is on The Color and the Shape and is a love song, although Foo Fighters knows how to camouflage this as an uptempo rock song. The music video became a classic with a scenario in which Grohl walks through different dreams, first as an old-fashioned punk with a very striking haircut and later in a reenacted scene from the horror film Evil Dead. “Everlong” became a real crowd favorite after the band developed an acoustic version and that’s how the song is often played live. “Everlong” is one of three Foo Fighters songs that can be found in the Top 2000 and its classic status is reinforced by the fact that it can often be played on rock games such as Guitar Hero and Rock Band.