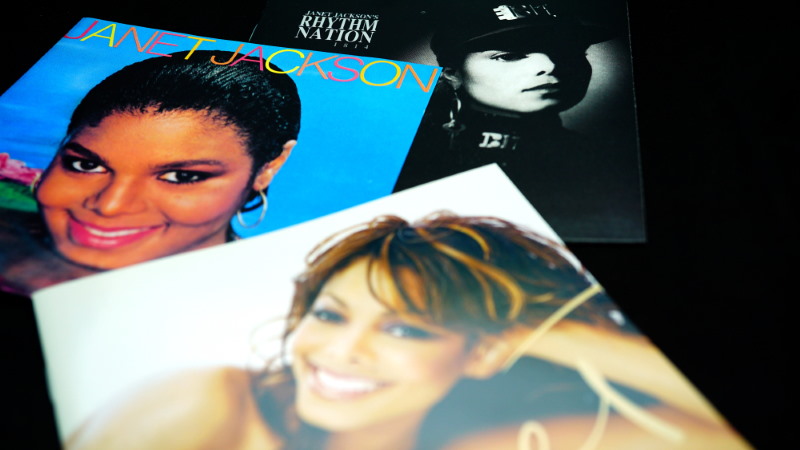 Janet Jackson is the sister of Michael Jackson and the youngest descendant of the illustrious entertainment family. In the eighties of the last century she started a friendly competion with her world famous brother. She scored hit after hit and would become one of the most successful singers of all time. Only her first name on album covers was enough.

So what are the ten best songs from Janet Jackson?

The Control album from 1986 would make Janet Jackson a superstar in which even her brother threatened to fade. The third single from Control was another big hit, in her home country the cheerful song even reached the top position. “When I Think Of You” is driven by an unforgettable bass line that leads to a large number of casual group dances in the video clip.

9. Love Will Never Do (Without You)

This song that was released as a single at the beginning of 1991, was actually intended as a duet. In the end Janet sang everything alone, with a lower voice in the beginning than usual. It would again yield an American number 1 listing. “Love Will Never Do (Without You)” is partly thanks to the a cappella sung intro a grateful target of remixers, including Roger Sanchez.

“Together Again” the second single from the album The Velvet Rope (1997) was inspired by a friend who died of AIDS. A melancholic subject that Janet presents in the form of a striking, light-hearted cover number. The danceability in combination with a great chorus made this a worldwide hit.

Before she launched her album Janet in 1993, the singer signed a record deal with Virgin, which until then was the most lucrative of all time. “If” is a typical example of the thematic shift in her oeuvre. Janet becomes much more sexual than in her early career in which she still sang “Let’s Wait Awhile”. Janet sings in such an innocent way that it hardly stands out. This works well in combination with the rough music in which there is an emphatic role for playing guitars.

“Empty”, from The Velvet Rope album, is the most futuristic song that Janet has made so far. Musically it has been far ahead of its time thanks to a beautiful construction of rhythms that are slowly being built up. In the background subtle bells and ranges of sound are heard. But also textually it is futuristic. Janet sings about relationships that are started with the help of computers. After the first tension, however, she feels empty.

“Escapade”, the third single from Rhythm 1814, was an American number 1 hit in 1990. Janet actually wanted to cover “Nowhere to Run” by Martha & The Vandellas, but the producers convinced her to make a new song that exuded the same feeling. One of them, Jimmy Jam, had an obsession with the old-fashioned word escapade at the time, and so the title was found. The song was built up layer by layer, with small errors just being included in the end result. This gives the song a very loose atmosphere that fits perfectly with one of Janet’s happiest vocal lines.

The title track of her breakthrough album had a personal meaning for Janet. The text sounds like a self-assured declaration of independence from an artist who not only steps out of the shadow of her brother, but also from her father who more or less forced Janet to start a singing career. Musically, “Control” with its loud funk sounds is clearly influenced by Prince. As usual, Janet brings a cheerful note with her loose voice, here in the form of the catchy way in which she sings “Control” in the chorus.

The initially shy Janet presented herself at Control super self-confident. The reason for “Nasty” was a kind of bluff moment in her own life. Janet walked home in the evening and was harassed by a group of men. By posing tough, she kept the men at a distance. The tune with which the song starts is recognizable from thousands and fits seamlessly into the crackling beats. The phrase “No, my first name ain’t baby, it’s Janet, Miss Jackson if you’re nasty” became very popular in everyday speech.

Rhythm Nation 1814 is an ambitious album in which social issues such as racism, poverty and drug use come to the fore. Producers Jimmy Jam and Terry Lewis turn the detailed sound even fatter and sound almost industrial. To enhance the atmosphere, Janet moved in the black-and-white video with militaristic dance movements that were very much imitated. Naturally, dance and music, led by the strict Janet, can bring people together for a better world.

1. What Have You Done For Me Lately?

For the general public, “What Have You Done For Me Lately” was the first confrontation with Janet Jackson. The first single from the Control album struck like a bomb and inevitably reached the top positions worldwide.
The subject of the song was Janet’s life. She had fired her father as a manager and was divorced from her teenage love James DeBarge. “What Have You Done For Me Lately?” is a musical divorce petition that would be wildly popular with a new generation of assertive women. Paula Abdul is the friend who interrogates Janet at the beginning of the video clip and will provide the choreography for a large number of her clips. Musically Jam and Lewis manage to link an unforgettable melody to a nervous rhythm that sounds like the singer is tapping her husband’s chest with her fingers. A classic from the eighties.