British Lily Allen broke through in 2006 with the infectious song “Smile”. Especially her second album, “It’s Not Me, It’s You” from 2009 brought her many big hits, including Fuck You (which is supposedly about George W. Bush, Allen denies), and The Fear in which Allen sings about the fear that everything will revolve around money. 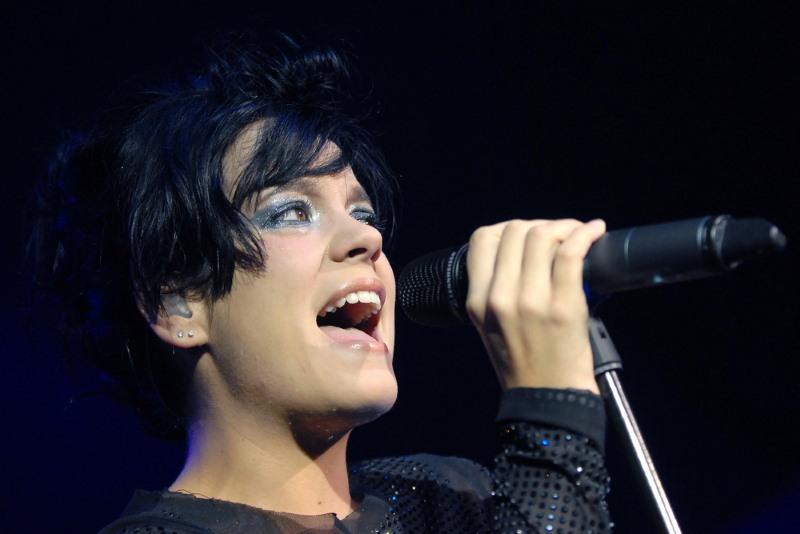 But apparently making music was all about money for Lily Allen, because after her success album she stopped making music because people illegaly download it. “The days in which I could make money from making music are over,” said the singer.

She returned aftger a couple of years, at the end of 2013. She released a cover of Keane’s Somewhere Only We Know. The same year she released “Hard Out Here (for a bitch)”.