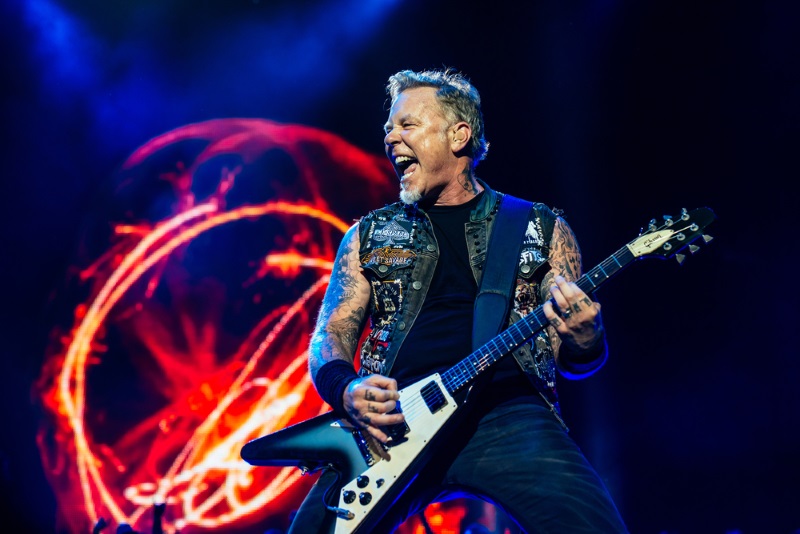 Thanks to diligent labor and a number of albums that became classics, Metallica has become the most popular metal band of all time. First their typical version of trash metal conquered the underground and in 1991 they broke through with the more accessible sound of the Black Album. Which ten songs from Metallica are the best?

With their fifth album, Metallica refined the sound, sometimes taking steps towards classic rock. The ballad Nothing Else Matters would mean the breakthrough to a larger audience. It is a bold song for a metal band in which singer Hetfield opens up and moves his liststeners.

Metallica immediately made an impression in 1983 with their raw debut album Kill “Em All. This was a new kind of heavy metal, played faster and with an aggressive punk attitude. Seek & Destroy would soon grow into a live favorite, where Hetfield can stretch the chorus for a long time. This is often the number with which concerts are closed.

The first single and the opening song of the Black Album hit like a bomb in 1991. Metallica had never sounded so commerical without losing its own identity. Thanks to the exciting structure and an unforgettable chorus, Enter Sandman became the first real hit of Metallica in many countries. Later the song would get a second life and sound like an introduction when pitcher Mariano Rivera of the New York Yankees entered the field.

From their second album, Metallica started to refine their songs. They developed their own form of the power ballad in which quiet parts are interspersed with hard parts and many with a guitar solo. Welcome Home (Sanitarium) from the Master of Puppets album is one of their most beautiful ballads. The song is about living in an asylum and it is often assumed that it is based on the book (or film) One Flew Over the Cuckoo’s Nest.

Typical for Metallica is the length of their songs that are often longer than regular rock songs. Real Metallica squatters take their time and have different phases. Creeping Death is one of the first songs with which Metallica crosses the six-minute limit. The song about a Biblical plague would also be given a permanent place in their concerts, often as an opener, because the middle part with the exclamation “Die!” Lends itself well to singing with the audience. Only Master of Puppets has been played live more often by the band.

Fade to Black is one of the highlights of Metallica’s second album Ride The Lightning. It is their first attempt to make a power ballad and that turned out to be a direct hit. Songs about suicide are no exception in heavy metal, but Fade To Black was palpable and not glorified. During this period, Metallica also begins to experiment with intros played on acoustic guitars. This gives Fade To Black a beautiful structure from soft to hard, with Kirk Hammett playing one of the most popular guitar solos in the history of metal.

Metallica fans often discuss the question what the best album of the band is. The majority opts for Master of Puppets from 1986. With this album the group perfected all its styles. Battery, the opening number lets the band hear at full speed after it starts with a lovely acoustic intro. The song also aggressively introduces the war theme of the album.

After the original bassist Cliff Burton died in a bus accident, the group had to regroup. With replacement Jason Newstead … And Justice For All was recorded that brought the complexity of Metallica’s music to the extreme. The usual subjects of alienation, fear, anger and war were tackled even more grandly. War plays a central role in the album’s power ballad.
One is about a soldier who is so wounded that he is completely isolated from his environment and really only wants to die. With One, Metallica managed to take the art of the power ballad to the next level. The drums and riffs sound like machine guns and striking bombs, so that form and content fit together perfectly. To promote One, Metallica would make a video clip for the first time, carefully preparing the breakthrough to a larger audience.

2. For Whom The Bell Tolls

For Whom The Bell Tolls by Ride The Lightning is a perfect metal song. Like many songs by Metallica, it is a criticism of war. The title is borrowed from Ernest Hemingway’s classic about the Spanish Civil War and the text refers to some of the scenes from the book. Contrary to popular belief, the introduction is played on bass by Cliff Burton. In For Whom The Bell Tolls, metallica very effectively inhibits the music from immediately playing again. They would further elaborate this way of playing on later albums into longer songs. Thanks to its threatening atmosphere, For Whom The Bell Tolls is a song that pitchers in the Major League are happy to use as an announcement.

Master of Puppets, the title track of the third album from Metallica, is a long and versatile track with which the band showed an ambitious face. Patiently the atmosphere of the song shifts, just like the tempo and the intensity. The cry “Master! Master! ”Became a real metal classic that also performed well during concerts. It is not surprising that Master of Puppets is the most played song in the band’s career (now more than 1400 times.) Contrary to what the album cover suggests, Master of Puppets is not about war but about drug addiction.