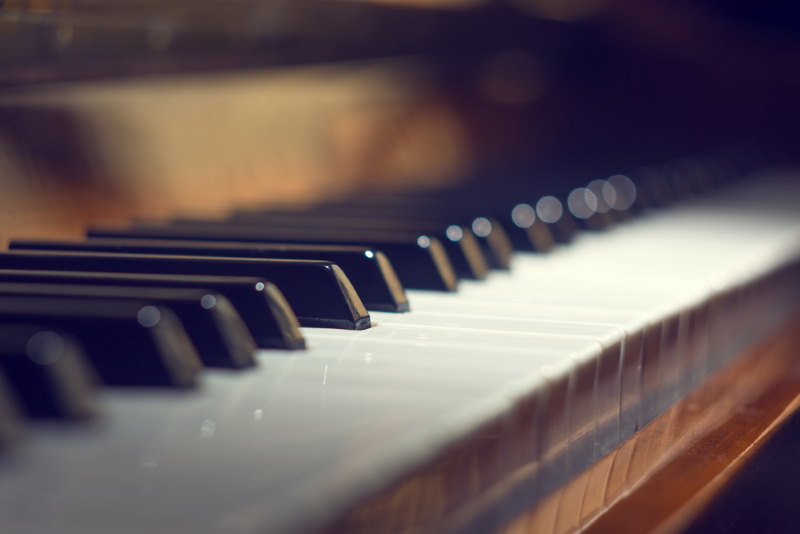 Piano music is everywhere. Some melodies are world famous without the complete piece being heard. There are also melodies for which we have even forgotten that they were made by famous composers. And then there is piano music that has become unforgettable thanks to a film. What are the ten most famous music pieces for piano?

It is inevitable that a movie titled The Piano uses a lot of piano music. Jane Champion asked composer Michael Nyman to make music for her story about a mute Ada woman who is married off to rough New Zealander. When Ada first gets the chance to play on the piano that she had to leave on a beach, “The Heart Asks Pleasure First” sounds, which would immediately become a modern classic.

Erik Satie was a flamboyant composer with a distinct sense of humor. Despite his experimental ideas, much of his piano music is accessible and melodic. The three short pieces “Gymnopédies” have become very popular over the years because they are relatively easy to play, but also because they are often used in commercials and documentaries.

The soundtrack of the arthouse hit Le Fabuleux Destin d’Amélie Poulain was provided by the French musician Yann Tiersen who enjoyed popularity in his own country but became world famous for film music. His moody piano music is clearly influenced by Satie and Debussy. The melancholic “Comptine d’un autre été” would join the standard repertoire of many piano lessons.

The versatile French composer Debussy was a master of the piano for which he wrote beautiful, often atmospheric compositions. “Clair le lune” (moonlight) is the famous third part of the Suite bergmanesque. Debussy does indeed know how to imitate the elusive moonlight with the piano. The famous centerpiece with an accelerated melody can be heard in countless films, documentaries and (perfume) commercials.

During his short life, Mozart composed hundreds of memorable pieces of music for opera, concert and of course piano. The most famous is undoubtedly the third movement from Piano Sonate No.11: “Rondo alla Turca”. The jumpy melody was influenced by Turkish music that was popular at the end of the 18th century. With its playful and cheerful character, this would become one of the best-known piano pieces from the classical period.

Once heard, you will never forget it. “The Entertainer” is a so-called rag that was written in 1902 by Scott Joplin. In 1973 the song was given a place as the title song of the extremely popular film The Sting with Robert Redford and Paul Newman in the lead roles. The version of pianist Marvin Hamlisch grew into a big hit. “The Entertainer” does not need any in-depth explanation: thanks to the cheerful melody and repetition it would nestle in the minds of millions of people.

“Guten Abend, gut” Nacht “is a typical example of a melody that is so well known that it is almost forgotten that it was once invented by a real composer. Johannes Brahms once wrote a lullaby for an old love that had just become a mother for the second time. Later Brahms would incorporate parts of the song into other works. In 1922 the Australian musician Percy Graigner wrote an arrangement for piano. The lullaby would then find its way into music boxes that help children around the world to get to sleep. And otherwise one of the parents will hum it.

Piano sonata No.14 by Beethoven is one of the best-known works from classical music. Beethoven opted for an unusual structure of the sonata with a dragging, almost tragic, first movement. Classical pieces are often valued later, but the fourteenth piano sonata proved to be very popular during the composer’s life. It was not Beethoven himself who nicknamed the Moonlight Sonata but the poet and critic Ludwig Rellstab. He compared the effect of the first moonlight movement reflecting on Lake Lucerne. Apparently it was a good description because within a few years this became the popular name.

What Brahms did for the lullaby song, the French composer Chopin succeeded at the other extreme of funeral music. Marche funèbre is the third part of his Piano Sonata No.2 (1839). After having been used so often as a death march, it is often played at heads of state funerals, it is almost unthinkable that the sonata was not a great success at first. Many people thought the four parts did not fit together. The Marche funèbre was also played at the funeral of Chopin himself and since then it has become the melody that we associate most with death.

Chances are that when you think of piano music, you immediately hear “Für Elise”, without a doubt the most popular piano piece of all time. Actually it is called Bagatelle.25 in a minor and Beethoven composed it in 1810. The simplified version of the piece is popular as a study material for beginning pianists, even if that is only a possible explanation for the fame. Because as people have been wondering for two centuries: who is Elise to whom Beethoven dedicated the play? It is sometimes thought that the work was actually called “Für Therese”, in honor of Therese von Malfatti, a student with whom Beethoven was in love and whom he asked in vain for marriage that year. Since the piece was only published after his death, it is sometimes thought that the title was misread. Because of Beethoven’s notoriously bad handwriting, Elise would have been made of it then. The singer Elisabeth Röckel is also often mentioned as the real Elise. A bit of mystery helps to make “Für Elise” a timeless piano piece.