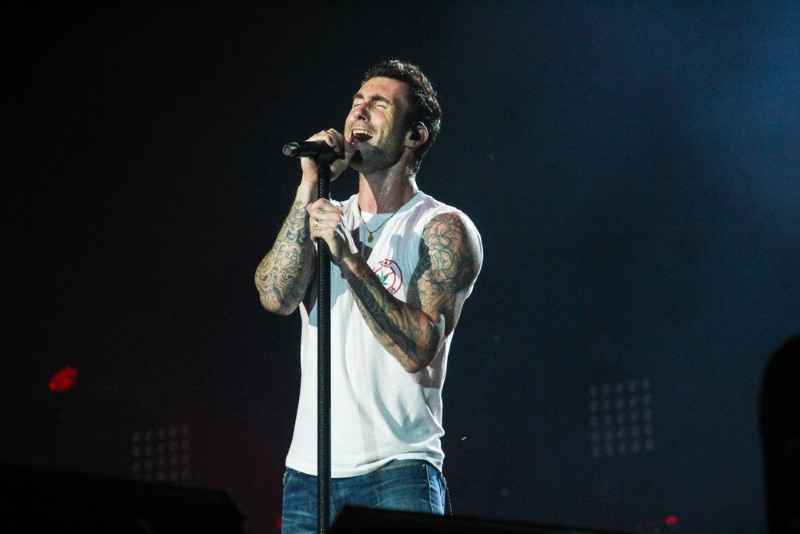 Maroon 5 is an American pop rock band from California. The band was founded in 1994 while the band members were still in high school. They were called Kara’s Flowers. They released two albums from “We Like Digging?” and “The Fourth World”. The last album received a lukewarm response, after which the record label dropped the band and the members concentrated on the university.
In 2001 the band reappeared as Maroon 5. Their debut album Songs About Jane was released in 2002 with the lead single, “Harder to Breathe”. Both were a great success, they even won a Grammy Award for best new artist in 2005.
The second album It Won’t Be Soon Before Long was released in May 2007. It debuted at number one on the American Billboard 200 hit list and the first single “Makes Me Wonder” became the bands first number one on the Billboard Hot 100.
In the meantime, a few years later, Maroon 5 still scores very well in the charts. They have sold more than 120 million records worldwide, making them one of the world’s best-selling music artists.

10. If I never see your face again

2. She will be loved