Miley Cyrus gained international fame as Hannah Montana in the series on Disney Channel. In 2007 she released her first music album, the soundtrack for the series. 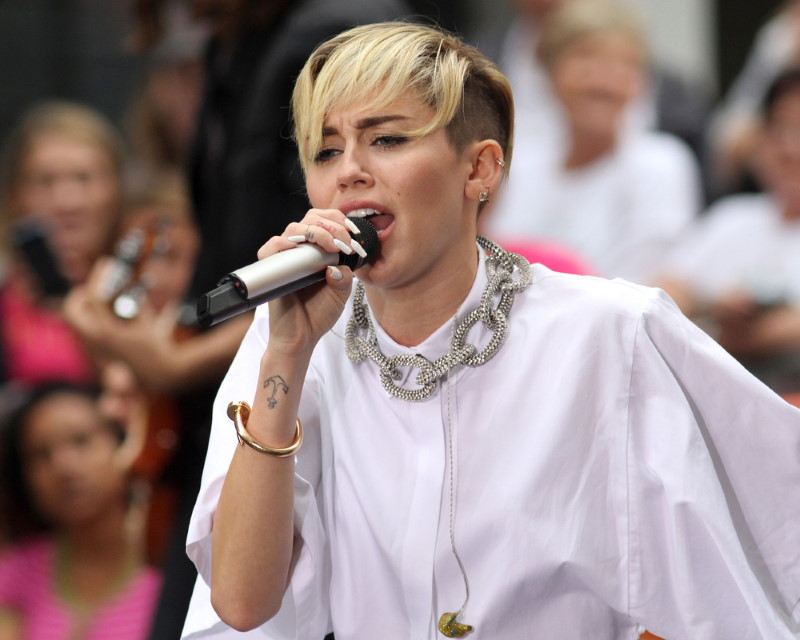 In 2009 she got more and more a mature image and a mainstream-like sound, especially the song Party in the U.S.A. was a great success.

Her fourth album “Bangerz” from 2013 was her major breakthrough as a pop star, singles like We Can’t Stop and Wrecking Ball both did well in the charts and were promoted by provocative music videos, among other things.