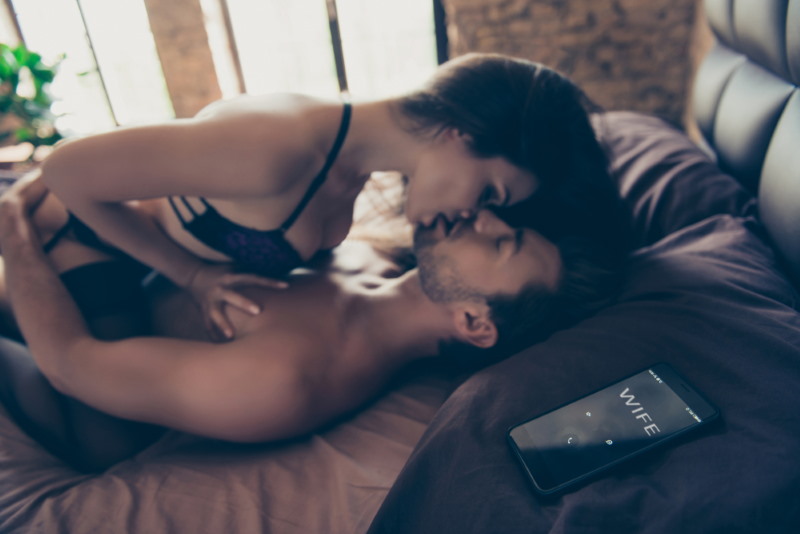 With music you can express all your emotions. And emotions run high when your boyfriend or girlfriend cheats on you. So it’s not strange that many songs were made about cheating. Both through the eyes as the deceiver and the victim. We made a top 20 of the best songs about cheating. If you know another one, please let us know in the response!

What should you do if your guy cheats on you? Hurting him where it hurts the most, in his wallet. According to Blu Cantrell.

Beautiful song from the Eagles about beautiful girls who cheat on their boyfriend with a rich old man.

17. Nancy Sinatra – These Boots Are Made for Walkin’

It’s not good, but I’ll be fine, that’s about the message that Whitney Houston gives. She would rather be alone than unhappy.

Is his girlfriend really cheating or is he just very paranoid?

I just can’t look, it’s killing me
And taking control
Jealousy, turning saints into the sea
Swimming through sick lullabies

Beyonce is a strong independent woman, is her boyfriend cheating? No problem, she will find another one.

In this song Amy Winehouse is the ‘cheater’. “I cheated myself. Like I knew I would. I told ya I was troubled. You know that I’m no good. In any case, she had warned her boyfriend in advance!

12. Shania Twain – Whose Bed Have Your Boots Been Under?

Dolly Parton deals very differently with a cheating man than most other singers in this list. Instead of pointing her husband directly at the door, she tries to convince her husband’s lover to leave her husband alone: “Please don’t take him just because you can.”

A boyfriend or girlfriend who is cheating is very annoying, but it is of course not worth going to jail for. In this song by Maroon 5 the man kills his wife’s lover.

In this 1985 Eurythmics song, a woman confronts her husband with his deception. The woman is fed up with the unfaithfulness and leaves him. He doubts whether she will do it and replies: “Would I lie to you?”

In this 1995 song by Alanis Morissette, she is very angry with the man who left her while he promised to stay by her side until death. So what do you do? You go to dinner with him and his new lover is good to tell what pain he has caused.

A buddy seeks advice from Shaggy when he is caught red-handed cheating. Shaggy’s advice? Just say it wasn’t you!

Before Beyonce went solo, she sang about a cheating man along with her friends from Destiny’s Child.

4. Marvin Gaye – I Heard It Through the Grapevine

I Heard It Through the Grapevine from 1966 is about a sad man who hears from others that his sweetheart has cheated on him. She’s leaving him for another man. He can’t believe it and confronts her about the rumors.

3. Justin Timberlake – Cry Me a River

This 2002 hit from Justin Timberlake is said to be about his broken relationship with Britney Spears. It tells the story of a man who continues after his girlfriend has betrayed him by cheating with another man. The girl gets a cookie from her own dough when her new husband cheats on her. She seeks compassion for the man she once betrayed, but he only has a cold, dismissive heart for her.

Poor Rihanna. This time the lyrcis are about the deceiver herself. She is a cheater that always goes back to her husband. Although she sees him die inside, she cannot control her adultery.

1. Carrie Underwood – Before he cheats

Carrie Underwood takes revenge on her unfaithful friend. She completely destroys his car. She hopes that he will think better next time before he is cheating again.