The Netherlands has a large music history. Many beautiful songs have been made. We might have been able to make a top 100 of the most beautiful Dutch songs (maybe we’ll do that someday). For now we have kept it at a top 25. Listen and enjoy!

She believes in me, a cover of Steve Gibb’s “She believes in me”, has been a hit several times. André Hazes first released the song in 1980, he wrote the song for his second wife Ellen. In 2000 he released a new version for the documentary with the same name, when it only achieved a 50th place in the charts. Only after his death in 2004, “She believes in me” became a big hit. In fact, it became his first number one hit!

Protest singer Armand had his big break in 1967 with the song “Ben Ik Te Min?” He was part of the hippie generation and was known for socially critical texts, often inspired by the hippie ideology.

Boudewijn de Groot’s “Testament” is written by lyricist Lennaert Nijgh, who looks back on his childhood by means of a will. He has something to say about all his loved ones. However, he also keeps something for himself, namely good memories.

“Als ze er niet is” is De Dijk’s biggest hit. During concerts there is no one in the room who cannot sing the song from start to finish.

November by Rowwen Heze was, surprisingly enough, a modest hit in 2000.

We almost never heard of the band BLØF. In 1997 the album Helder is recorded, the first two singles ‘Helder’ and ‘Zeven Nachten’, however, flop and the band almost wants to throw in the towel. In 1998 they try again with the song “Liefs uit Londen” and the rest is history.

Frank Boeijen’s “Zeg Me Dat Het Niet Zo Is” from 1989 was a very modest hit, it only reached the 34th place in the charts. The song, however, gained popularity due to performances during concerts.

Oude Maasweg from The Amazing Stroopwafels was also a modest hit when it was released in 1981. However, the song has become more popular over the years and has even been number 17 in the Top 2000 (a yearly list in the Netherlands of the best songs of all time).

A moving song sung by Paul de Leeuw and written together with Peter Groenendijk.

“Zing, Vecht, Huil, Bid, Lach, Werk En Bewonder” from 1971, Ramses Shaffy sings for people who are lonely, frustrated or unhappy in one way or another. He reminds them that someday they will “come together” and advises them to sing, fight, cry, pray, laugh, work and admire in life. But “not without us”. Strangely enough, for this song again it was not a very big hit when it came out, it “only” reached the 21st place in the dutch charts .

Bloed, Zweet En Tranen wasn’t a huge when it was released in 2002. In the meantime, however, it has become popular thanks to Dutch National Football Team.

“Laat Me “is a cover of the French-language song Ma dernière volonté (Vivre) (1977) by Serge Reggiani with a Dutch text by Herman Pieter de Boer and of course sung by Ramses Shaffy. While Reggiani sings about someone lying on his deathbed, in desperate fear of dying, Shaffy sings about himself as someone standing in the middle of life, full of joy of life and without fear of death.

A beautiful love song sung by Frans Halsema in 1977. However, only in 1994, ten years after his death, the song became a big hit.

Beautiful song by Stef Bos about his “daddy”. He wrote the song in 1988 when his father was diagnosed with cancer. He thought he was a lot different from his dad, but gradually he discovered that they look more like each other than he thought. (Dad, I look more and more like you).

In 2013, Maaike Ouboter participated in the second season of The best singer-songwriter in the Netherlands. She auditioned with the song “Dat Ik Je Mis”, a song inspired by the death of her parents. The number could be purchased immediately and was at the number 1 position of the charts within two days.

Beautiful song from Marco Borsato, recognizable for anyone with a daughter. Written by John Ewbank, but the emotion you hear in Borsato’s voice comes from his thoughts on his own daughter Jada.

“Over de Muur” from 1984 is written at the height of the Hollanditis, Dutch resistance to the plans for the placement of cruise missiles in Western Europe. It was a big hit, and five years later, when the Berlin Wall fell, again.

Beautiful duet by Ramses Shaffy and Liesbeth List. Shaffy is the sun, arrogant and fiery, and List is the earth, she adores the sun. The lyrics come from Lennaert Nijgh and the music from Boudewijn de Groot.

“Iedereen Is Van De Wereld” is a delightful sing-along from The Scene from 1991. By the way, it wasn’t a hit, as with so many songs from this list of the most beautiful Dutch-language songs, the song was only later appreciated.

Het Regent Zonnestralen, the most popular song from Acda en De Munnik. The songs is a continuation of the number “Als het vuur gedoofd is”. Herman has come to the conclusion that he has not realized his dreams and that it is now too late for that. He now has a house, child, wife and job. However, he has decided to follow his heart. It’s raining again, but this time it’s raining sunshine!

“Het Dorp” by Wim Sonneveld is a cover of La montange by Jean Ferrat. However, the text has been adjusted. Sonneveld sings emotionally about “his village” when he sees the battered Deurne again. The famous line from the song, And along my father’s garden path, refers to the path next to the parental home of Wiegersma, the present-day municipal museum De Wieger on the Oude Liesselseweg in Deurne.

The unofficial Brabant anthem, but also loved by the other provinces. Guus Meeuwis wrote the song in Moscow, a cold, distant city where it is dark early and people are stiff.

The first Dutch song by Racoon and immediately one of the most beautiful ever made. Ocean was written for the film “Alles is familie”

A beautiful song by Claudia De Breij about someone who is looking for security with someone she trusts in times of war, unrest and uncertainty.

The most beautiful Dutch song must be Avond van Boudewijn de Groot from 1996. This song was also written by Lennaert Nijgh 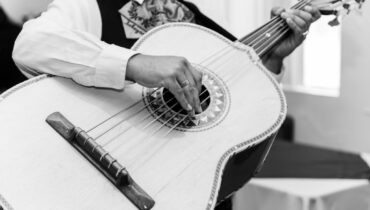 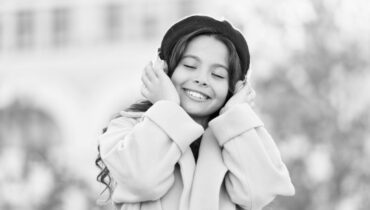 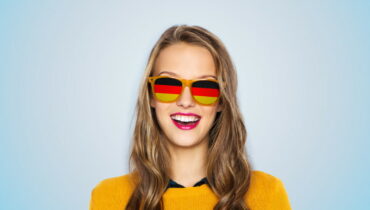 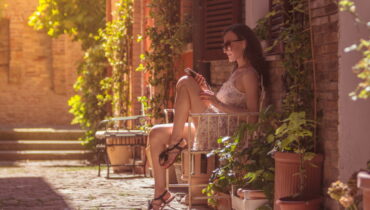