The Beatles was a pop group from the English city Liverpool. The group was active from 1960 to 1970 and is generally regarded as the most influential band in the history of pop music.

The occupation consisted of John Lennon, Paul McCartney, George Harrison and Ringo Starr; other early members were Stuart Sutcliffe and Pete Best. Soon after their breakthrough, members of The Beatles were confronted with hysterical reactions from mainly young teenage girls, who drowned out the music with their screams during concerts. The term “Beatlemania” became fashionable for this behavior. During their career they did pioneering work in the sound studio, for which they received wide acclaim. Under their influence, pop music grew from a genre based on American rhythm and blues to a much broader oriented type of music. With the development and refinement of their music, led by the songwriters duo Lennon-McCartney, The Beatles was increasingly seen as the embodiment of the common ideals of the socio-cultural revolutions during the 1960s. 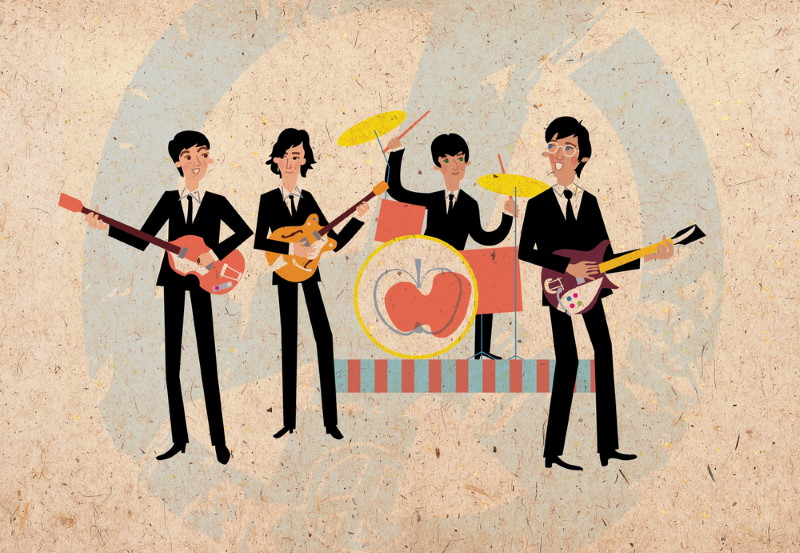 The Beatles members John Lennon and Paul McCartney were the most important songwriters of the foursome. In their early years, The Beatles received singles from Carl Perkins through sailors. They listened to it at a lower speed to find out what Carl Perkins sang. In this way they covered “Everybody’s Trying to be my baby”, “Honey Don’t” and “Matchbox. Paul McCartney called him in the documentary” Carl Perkins and Paul McCartney Rareza “;” a great inspiration for him, all Beatles and millions of young English people. ”The other American artists they admired and considered as sources of inspiration were Chuck Berry, Little Richard, Fats Domino, Elvis Presley, The Everly Brothers, Buddy Holly, the songwriter Smokey Robinson and, after 1964, the folk singer songwriter Bob Dylan but also Harry Nilsson. Among the best known songs from The Beatles are: I Want to Hold Your Hand, She Loves You, Yesterday, Michelle, Yellow Submarine, Lucy in the Sky with Diamonds, All You Need Is Love, Hey Jude, Let It Be, Help !, Penny Lane, In My Life and Strawberry Fields Forever.

5. While My Guitar Gently Weeps

11. The Long and Winding Road

19. Lucy in the Sky with Diamonds

22. With A Little Help From My Friends