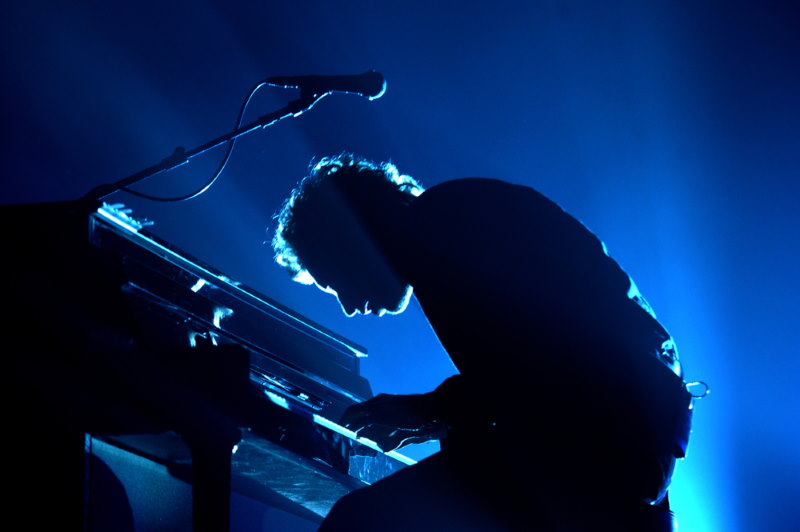 Since their start in 1996, British rock band Coldplay has sold millions of albums and has since won seven Grammy Awards. The band of singer Chris Martin, drummer Will Champion, guitarist Jon Buckland, and bassist Guy Berryman has also given eighteen (often memorable) performances in the Netherlands. Everyone who knows the music of Coldplay has a favorite Coldplay song. We have listed the ten best songs from this English band for you. Are you wondering which they are? Then read on!

The song Paradise was the second single from the album Mylo Xyloto, which was released on October 24, 2011. Paradise achieved third place in the Dutch and Flemish charts, and came in number one in Great Britain, Norway and Brazil, among others. Various popular dance remixes have been made from Paradise, including the Dutch DJ Fedde Le Grand.

Talk was the first single from Coldplay to reach the number one position in the Netherlands. The song is on the 2005 X&Y, which was the most popular album for weeks in both the Netherlands and Belgium. In Talk a melody from the Kraftwerk song Computer Love is used.

The text of A Sky Full of Stars is about a man who wants to give his heart to a woman he loves because she reminds him of a sky full of stars. The song is the eighth track on the 2014 Ghost Stories album and the third single from this album. A Sky Full of Stars came in sixth place in the Netherlands in the Top 40 and in Flanders even at number two. The song is co-written and produced by the Swedish music producer and DJ Avicii.

Magic also comes from the album Ghost Stories and became a slightly bigger hit in the Netherlands than A Sky Full of Stars. The single was in number 7 of the Top 40 in weeks 7 and 8 of 2014. Ghost Stories was the third album that Coldplay recorded in two purpose-built studios in North London (The Bakery and The Beehive).

Coldplay still plays a lot in My Place, even though this song was already released in 2002. However, it was written earlier than that, because the lyrics came into being during the recording of the debut album Parachutes. The sensitive In My Place was the first single from the breakthrough album A Rush or Blood to the Head, but with a third place in the tip parade in the Netherlands it did not provide the breakthrough that would come with Clocks nine months later.

The beautiful Yellow is the oldest single from Coldplay in this list. The song comes from the debut album Parachutes from 2000. In that year the band played abroad for the first time, in the small hall of Paradiso. Yellow reached fourth place in the singleshit lists in Great Britain. In the meantime, the song has grown into a real Coldplay classic.

Just like number two Clocks and number six In My Place, The Scientist also comes from the second album by Coldplay, the A Rush of Blood to the Head, which was released in 2002. This album reached third place in both the Dutch Album Top 100 and the Flemish Ultratop 200 Albums. The Scientist was released a few months after In My Place, but got stuck in the tip parade in both the Netherlands and Flanders. Music magazine Q described The Scientist as a great gift for filmmakers, because it is a modern yet classic song and therefore fits perfectly under sensitive scenes in feature films.

With the album produced by Brian Eno Viva la Vida or Death and All His Friends, Coldplay broke somewhat with the sound of the previous albums. This band’s fourth album was turned on more strongly and as a result many songs sounded more bombastic than those from earlier albums. Nevertheless, or precisely because of this, this album, released in 2008, became the best-selling Coldplay album so far in the Netherlands and Flanders (three times Platinum in both countries). The title track was the second single from Viva la Vida (or Death and All His Friends), which reached the highest position in the hit parade in the Netherlands. Vive La Vida remained at number four in Flanders. Striking about the song Vive La Vida is the absence of a dominant piano that is so characteristic of Coldplay songs, and the emphasis is instead placed on vocals, string instruments and bass guitar.

Clocks is the biggest hit of the breakthrough album A Rush or Blood to the Head from 2002 and perhaps the best known song by Coldplay. The song was added to the album at the end of the recordings of A Rush or Blood to the Head. With Clocks, Coldplay finally broke through in 2003 and scored a major hit in the Netherlands with a second place in the single Top 40. In Flanders, by the way, Clocks did not even appear in the charts. Those who have taken dance lessons in recent years will probably know the special salsa make-up of Clocks from Buena Vista Social Club.

Fix You was the second single from the X&Y album from 2005. It is the only Coldplay song in which the four band members sing simultaneously. The church organ that is so characteristic of Fix You comes from an old keyboard that Chris Martin’s father-in-law had given to his daughter Gwyneth Paltrow. Anyone who has ever attended a Coldplay concert knows that every song is loudly sung by almost the entire audience. But no number of the band is as passionately involved as with Fix You.