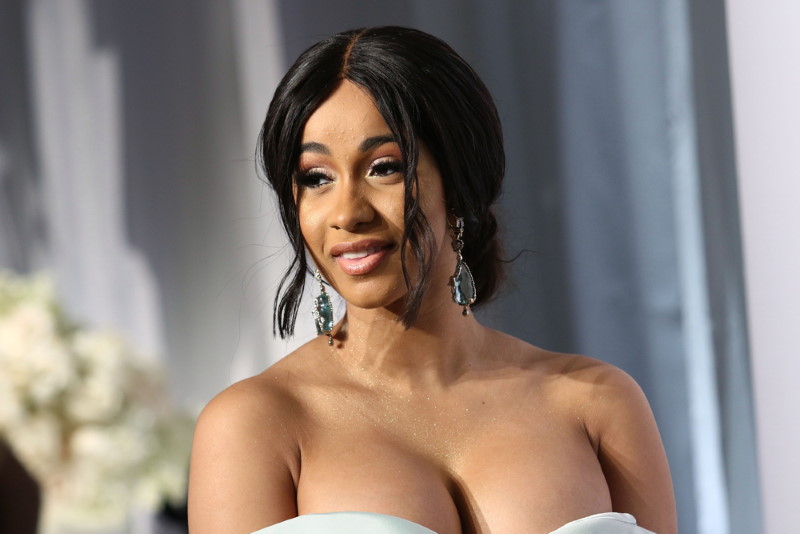 Cardi B was born in 1992 in The Bronx, New York, the daughter of a Dominican father and a Trinidadian mother. Before her breakthrough in the music world, she worked as a stripper, among other things.

Cardi B gained fame for her participation in the reality series Love & Hip Hop: New York. She left this series at the beginning of 2016 to focus on her musical career. On March 7, 2016 she released her first mixtape Gangsta Bitch Music, Vol. 1 off. In September of the same year, her first album entitled Underedimated: The Album followed.

On January 20, 2017 she release her second mixtape Gangsta Bitch Music, Vol. 2. At the end of February, Cardi B announced that she had signed her first record deal with Atlantic Records. Her major breakthrough followed with the release of the single Bodak Yellow, which was released in June 2017. In October 2017, Bodak Yellow reached place 1 in the Billboard Hot 100 and place 24 in the United Kingdom.

In January 2018, Cardi B released the remix single Finesse in collaboration with Bruno Mars, followed by her single Be Careful, which was released two months later. On April 6, 2018, she released her first studio album under the title Invasion of Privacy. The album immediately reached place 1 in the Billboard 200.

In 2018, Time named her one of the 100 most influential people in the world in their annual list.

These are Cari B top songs up till now.