David Bowie is considered one of the most influential musicians of the 20th century, praised by critics and musicians, especially for his innovative work in the 1970s.

David Bowie became known for world hits such as Space Oddity, Changes, Life on Mars ?, Ziggy Stardust, Let’s Dance, Absolute Beginners and Heroes. Bowie also did a number of successful duets including Under Pressure (with Queen), Dancing in the Street (with Mick Jagger) and Tonight (with Tina Turner). 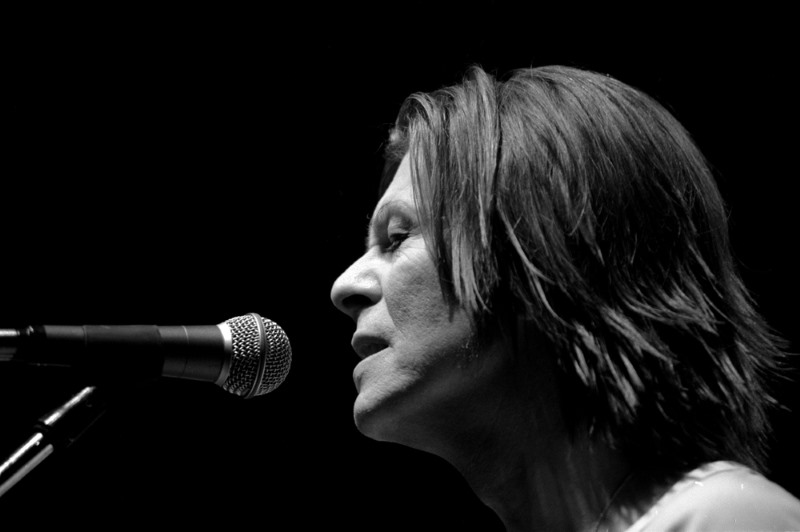 Of course, Bowie is also known for his constantly changing image. Especially in the ‘glam rock’ period in the 70s Bowie was very eccentric. For example, he appeared on the cover of the ablum The Man Who Sold the World in an elegant dress. The cough was, of course, censored in the US. His androgynous appearance became more extreme with his next album The Rise and Fall of Ziggy Stardust and the Spiders from Mars (1972). Bowie became Ziggy Stardust. A few years later, to everyone’s surprise, an abrupt end came to Ziggy Stardust (beautifully made into Ziggy Stardust – The Motion Picture), but certainly not to David Bowie’s career.

In 1975 Bowie’s style shifted radically to a sound he characterized as “plastic soul”. During this period he broke through in America. The song “Fame” reached the number one position. In 1976, Bowie starred in the cult film The Man Who Fell to Earth, directed by Nicolas Roeg, and released Station to Station. The following year he further confused musical expectations with the electronically inflected album Low (1977), the first of three collaborations with Brian Eno that became known as the “Berlin Trilogy”. Heroes (1977) and Lodger (1979) followed.

In the early 1980s, Bowie was a real world star. Songs like “Ashes to Ashes”, “Under Pressure” (together with Queen) and “Let’s Dance” were mega hits.

Throughout the 1990s and 2000s, Bowie continued to experiment with styles of music, including industrial and jungle. He retired from touring in 2004 and his last live performance was at a charity event in 2006. In 2013 David Bowie made a comeback with The Next Day. He remained musically active until he died of liver cancer two days after the release of his latest album, Blackstar (2016).

17. Dancing in the Street (with Mick Jagger)

10. The Man Who Sold The World

3. Under Pressure (with Queen)