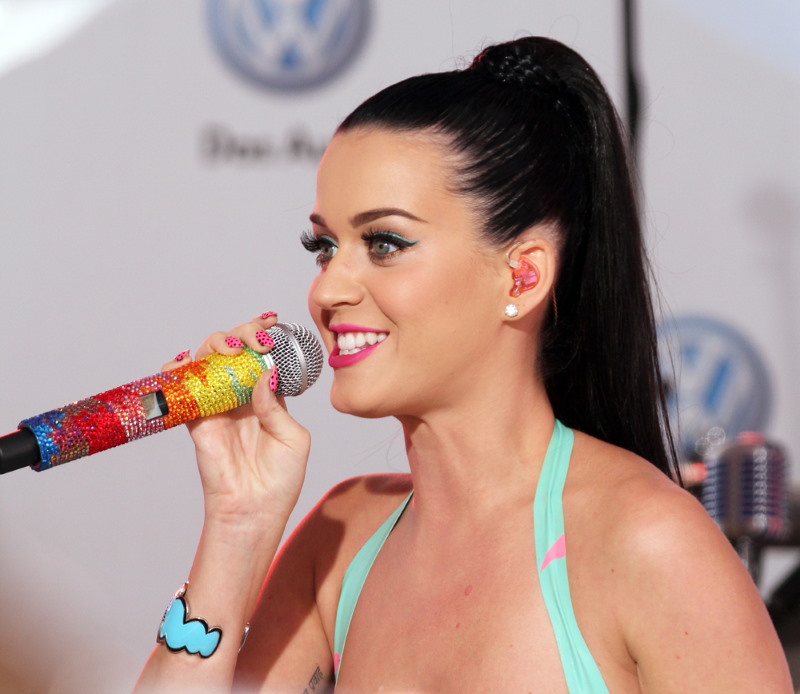 Katheryn Elizabeth Hudson, of course better known as Katy Perry, is the big pop sensation of recent years. Since she broke through in 2008 with the song “I Kissed a girl” (number one in more than twenty countries), she is an essential part of the top lists world wide. The accompanying album, “One of the Boys” was also a bestseller worldwide. By the way, Katy Perry didn’t just fall out of the blue. Since 2001 she has tried to break through as a singer, but under the name Kate Hudson. Her music style was then also completely different, Gospel!

Who can say no to a dramatic song about the one love you missed? Many people have an ex of which they think: what if we were still happy together today? Katy Perry wrote a song about it and that became a huge success in no time. The clip also shows how Perry would look like an old lady.

E.T. is slightly different from all the singles that Katy Perry has released. It is a combination between hip hop and electronic music. Kanye West can also be heard on the track.

Katy Perry knows how to sing about love. In “Wide Awake” she sings about the painful side of love: a break-up. How do you continue after your relationship ends and how do you find the strength to continue? Fans love this song because it is a real power ballad in which Perry shows well what she has in store.

Together with Juicy J, Katy Perry released this international hit. The song is a combination of all kinds of different genres. You can hear hip hop, rap, stairs and techno when listening to Dark Horse. The video clip for the song is set in ancient Egypt, where she presents herself as the world-famous Cleopatra.

Sometimes you just want to hear a song that you can use to inspire yourself. That is Firework from Katy Perry. With this song the singer wants to make an anthem for people who do not feel well enough. Her message? Everyone is beautiful and strong, you just have to find the fireworks in yourself.

Another hit from Katy Perry you can play when you don’t have that much faith in yourself. In Roar, the singer shows how strong she is, even when people try to keep her small. The clip was also a great success. Here you can see how the singer defies the jungle and ultimately ends up as a big winner.

Another collaboration with a famous rapper: this time Katy Perry made a monster hit with Snoop Dogg. In California Gurls she sings about the beautiful women who can all be found in the American state of California. Sun, sea and beach are enough for an unforgettable time.

This hit by the singer also highlights the annoying side of relationships. Because what should you do if your partner is constantly suffering from mood swings? One moment everything seems to be perfect, while the next you are told that you are not good enough. That’s what Katy Perry’s Hot n Cold is all about. The iconic video clip in which she walks around in a wedding dress has made this a global hit.

Katy Perry finds it all too much fun to experiment. Not only with her music, but also in love. You can hear all about it in the hit I Kissed a Girl. In this Perry sings about the woman she kissed. It was a great success, but she also hopes her boyfriend won’t mind too much.

For some people, no love is as intense as teenage love. Katy Perry sang that nicely in the song Teenage Dream. This song is about the fact that you are so in love that you feel like a teenager again. Of course this also includes a cheerful and summery video clip.

Top 10 Most expensive music albums ever made