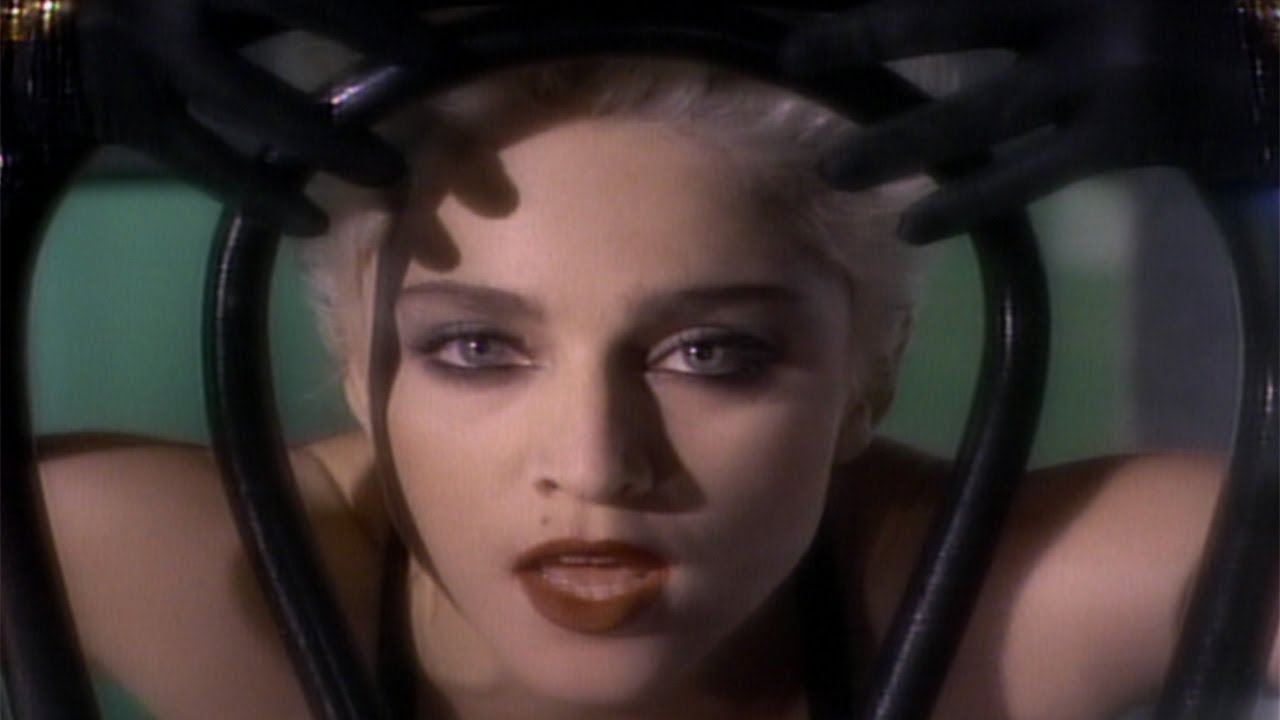 Regardless of which antics Lady Gaga and Miley Cyrus play, Madonna is and remains the undisputed ‘Queen of Pop’ . This status did not harm her; Madonna is known as the best-selling female artist and was also the best paid artist in 2013. Time for a top 10 list of the biggest Madonna hits!

The beauty of “Beautiful Stranger” was not immediately noticed. Originally the song was not available on a Madonna album. Later it was added to a compilation album. Austin Powers fans instantly recognize the soundtrack of the movie “The spy who shagged me.” With the accompanying video, Madonna won a MTV Video Music Award.

Although Madonna refused it before, “Hung up” was first offered as a download and later put on single. “Hung up” was at the first place for no less than seven weeks in the Top 40. It was about time, it was more than 18 years ago since Madonna led the charts. In the accompanying clip, Madonna dances dressed in a pink aerobics outfit to her music.

Madonna made the Catholics restless on many occasions, also with “Papa don’t preach”. The text is about a teenage girl who is struggling with her pregnancy. Although Madonna has not confirmed it, this is a statement regarding the use of contraceptives. “Papa don’t preach” was a number 1 hit in the United Kingdom, the United States and Australia.

With ‘Frozen’, Madonna took a different musical course. Previously she was not familiar with the Eastern strings, strong bass line and the new use of voice. With “Frozen” as a basis a number of remixes have been made, which together form part of the album “Ray of light” (1998). The worldwide success made “Frozen” one of Madonna’s biggest hits.

Although the song was not really meant for her – but for Mary Wilson of The Supremes – Madonna broke through with “Holiday” in the Netherlands and Flanders. The song was in the Dutch Top 40 for nine weeks and reached the eleventh position. “Holiday” is on Madonna’s debut album “Madonna”, which was later released under the title “The First album”.

Madonna’s ‘Into the groove’ is the soundtrack of the 1985 movie ‘Desperately seeking Susan’. The song is on the album ‘Like a virgin’. The lyrics are simple and encourage dancing with the singer. Naturally, Madonna has given it a sexy twist. With “Into the groove” she achieved great success, including her first number one listing in the United Kingdom.

Just like the hits “Dress you up” and “Material girl”, “Like a virgin” is part of the album of the same name. With this, Madonna heralded a provocative period; the title and cover keep the critics as well as the fans busy. The single “Like a prayer” earned Madonna in the United Kingdom a whopping 780,000 pounds!

Together with Patrick Leonard, Madonna has made big hits such as ‘Like a prayer’. Undoubtedly, an image of the corresponding musicvideo will now appear on your retina! Eroticism and Catholicism come together. For this reason, the clip is considered to be one of the most controversial in music history; the burning crosses caused the necessary commotion within the Vatican.

The song “Vogue” can be found as the first single on the album “I” breathless “from 1990. Fortunately, someone intervened when it was proposed to use” Vogue “as a B-side for” Keep it Together “. Although it remained stuck in position two in our Top 40, Madonna scored a number 1 hit in the United States and the United Kingdom!